The bodily Resurrection of Jesus Christ is the greatest event in history, and it is essential to the Christian faith. There is no Christianity without the Resurrection. Therefore, our faith stands or falls on whether this event actually happened.

In the first four books of the New Testament, Matthew (chapter 28), Mark (chapter 16), Luke (chapter 24), and John (chapters 20-21) give us their accounts of the Resurrection and show us multiple evidences of its reality. In addition, each gospel writer contributes various details that, when combined, give us the complete picture of what happened on that first Resurrection Sunday.

As you teach children about the Resurrection of Jesus, there are six essential facts you must help them to learn and understand.

1) The Resurrection of Jesus is not make-believe. It is not fiction. It is not a fable. It is not a myth. Jesus was a real person, who died on the cross for the sins of all who would believe in Him, and His physical Resurrection happened at a specific place and time in history.

2) The Bible tells us that the Holy Spirit resurrected Christ under the Authority of God the Father (Romans 8:11; Acts 2:24, 32). Jesus did not raise Himself. The Greek definition for “risen” means to be raised or awakened. Therefore, the Resurrection of Jesus was accomplished by God.

3) God resurrected Jesus in bodily form. In other words, the crucified body of Christ that went into the tomb on Friday was the same human body, though a glorified One, that God brought back to life on Sunday.

The proof of Jesus’ bodily Resurrection is found in God’s Word. Remember, that is where we go for TRUTH. After Jesus came out of the tomb, He appeared to people and was visible and seen by them (Acts 1:3). He spoke, and His words were understood (Luke 24:36-49; John 20:21). He ate food (Luke 24:41-43; John 21:12-13). Jesus also invited His disciples to see and touch the wounds in His hands and feet (Luke 24:39; John 20:20, 27). The Scripture says that Jesus breathed on His disciples as a sign that they would receive the Holy Spirit in the days ahead (John 20:22). To be sure, following His Resurrection, Jesus was a living, breathing person in the flesh.

FOR YOUR MINISTRY TOOLBOX

1) Review all of the Scripture listed in the Show Notes, as there are many passages I did not mention in this podcast. If your podcast provider does not publish the Show Notes, go to our website at www.cmikids.com and look for Episode 11. You will find all of the Bible verses listed there. 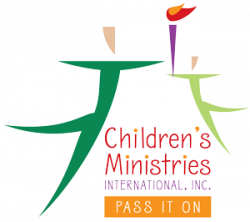